skip to main | skip to sidebar

In search of the elementary particle of physics, the so called god particle 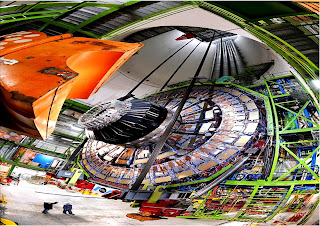 ﻿Today scientists are searching for the elementary particle of matter the basic building block of the universe, the so called god particle! 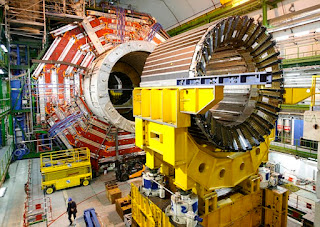 Physicists said by June 2012 they would know if the Higgs boson the so called god particle exists or not. But now it is June 2012 they are saying that they will know whether or not the Higgs exists by the end of the year. 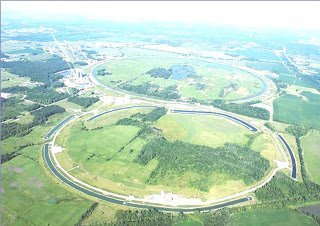 This search is undertaken in high-energy particle accelerators where we accelerating particles around a circular tract until they reach sufficient energy.


When the desired energy is reached they are made to leave the accelerator and entry into a target area or bubble chamber where they collide with other particles. 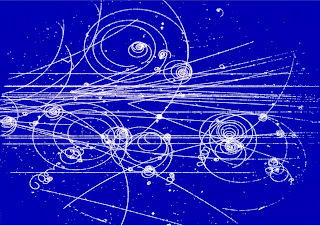 The particles are never visible to us all we ever see is the tracks like the trails in the sky made by a jet planes. 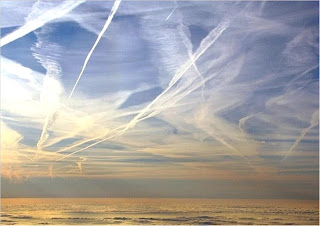 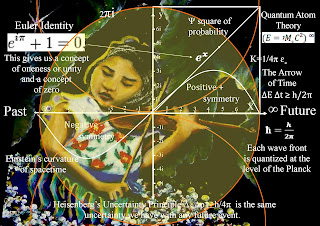 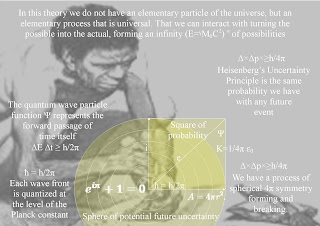 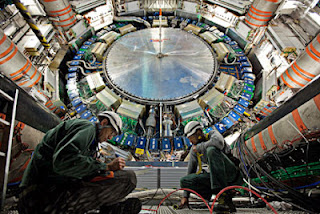 I don’t say this to belittle the work done with high-energy particle accelerators, but just to highlight how universal this process is. 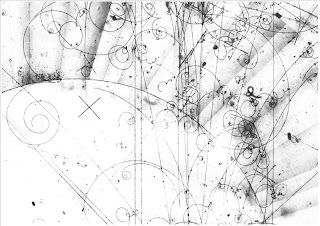 If we look at the tracks within a bubble chamber it can seem impossible that one universal process can explain this. 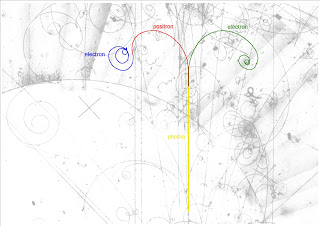 But if we break the image down into a process formed by a single photon oscillation or vibration of energy. 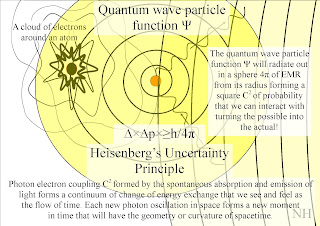 We can see a universal process of spherical symmetry forming and breaking. The energy will radiate out in all directions forming a sphere forming a chain reaction of broken symmetry. 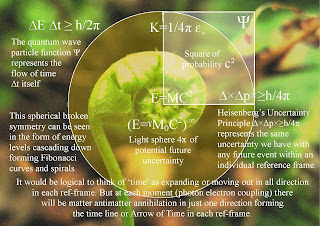 This broken symmetry is in the form of energy levels cascading down forming Fibonacci curves and spirals relative to particle that are already within the bubble chamber. On a larger scale this process forms the random vibrations of Brownian motion. 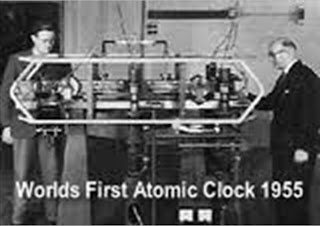 We use these vibrations in an individual atom in the form of atomic clocks to measure this universal process. 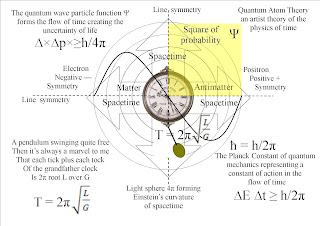 We see and feel this universal process of continuous change, continuous energy exchange as ‘time itself’ 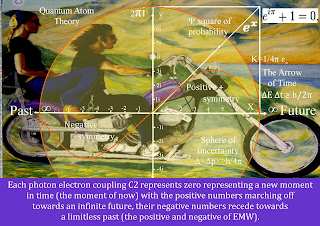 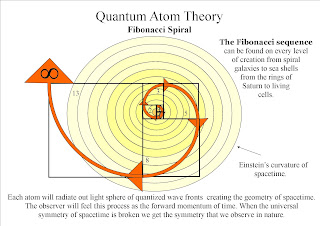 The complexity and diversity of all life is based on the ratio of this dynamic geometry, of this one universal process.
~
Posted by Art and Poetry at 11:46 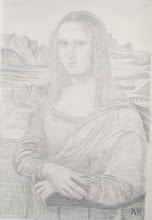 There is a link between Art, Poetry, Spirituality and Science and only by bringing these three together can we create a Sea of Beauty.

Is creation in the hand and eye of the beholder? 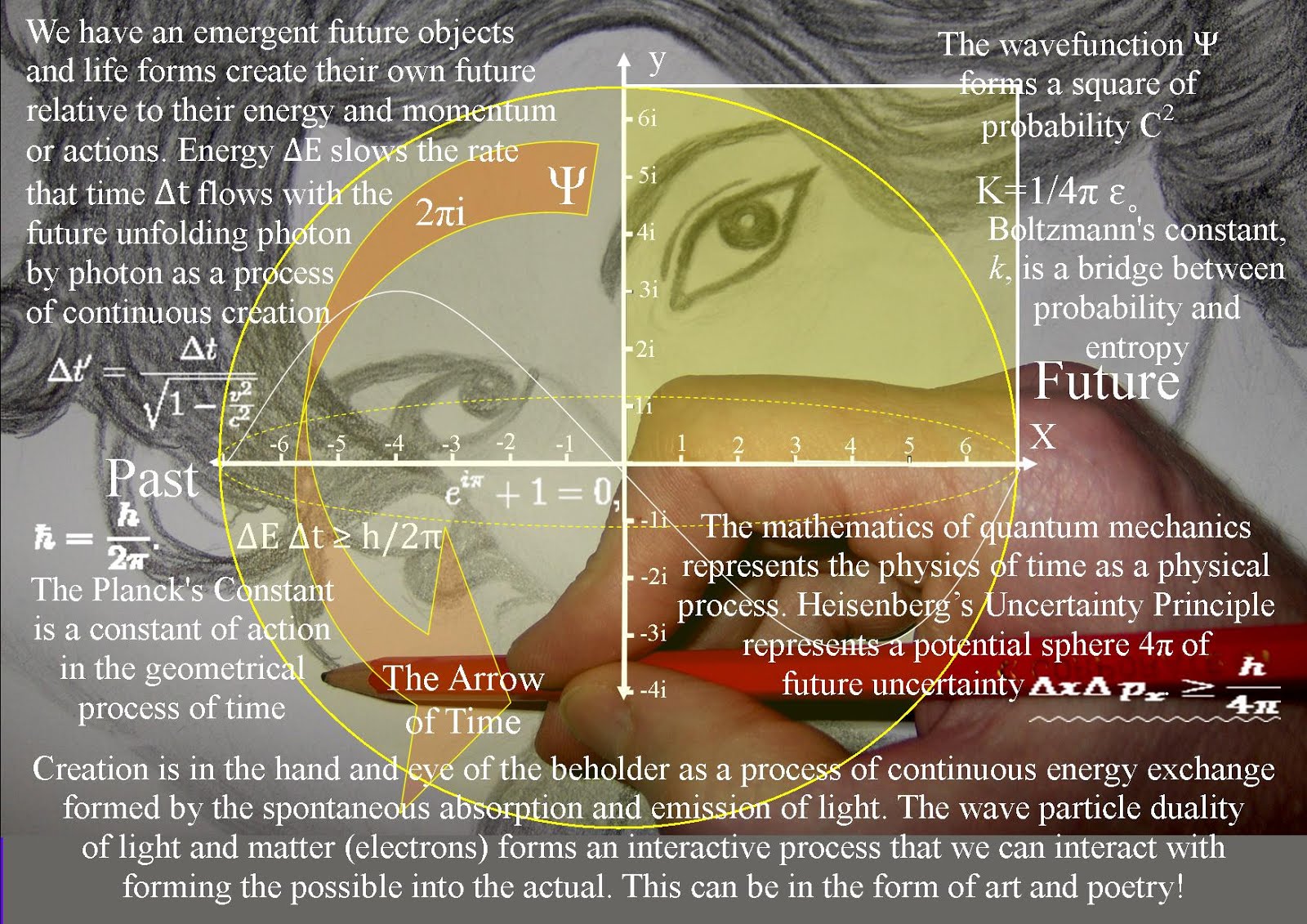 One equation one universal process 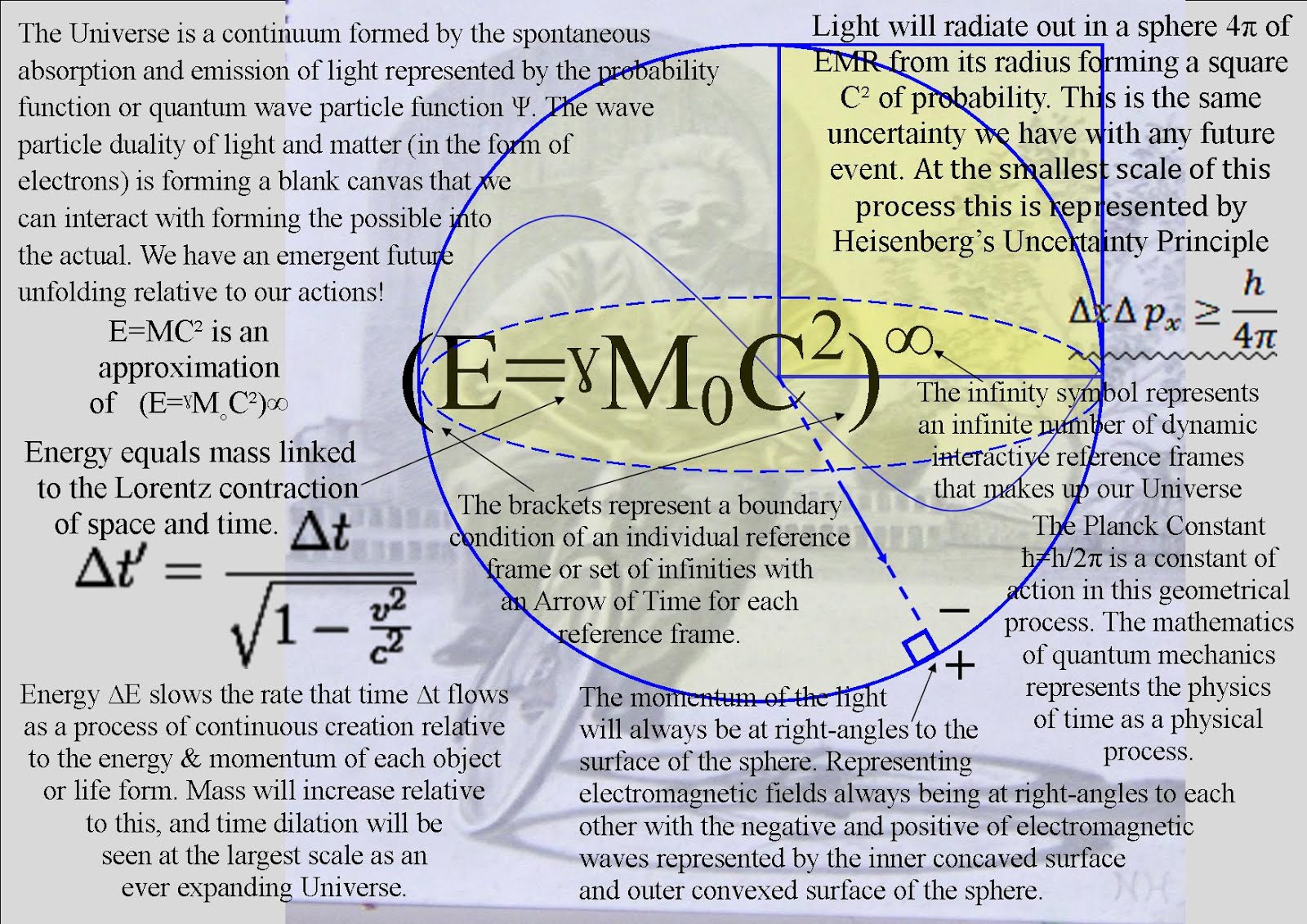 When I create a work of art it takes energy and is a process over a period of time ∆E ∆t ≥ h/2π. There is always uncertainty of how the art work will turn out ∆×∆p ≥h/4π the position of the lines and curves π on the canvas. Every movement I make will have to start at the quantum level and will have an uncertainty of momentum and position. Is this not Heisenberg’s Uncertainty Principle?

Modern physics is divided into two parts the quantum physics of probability and Einstein’s general theory of relativity. The only thing the two theories have in common is that they both approximate to Newtonian physics on an everyday scale. Only a hidden variable could explain the probability of quantum mechanics uniting physics. The problem is such a variable would have to affect all the matter of the Universe from its creation to the present day. In Quantum Atom Theory that variable is Time itself. We know that time is a variable because we have time dilation when an object accelerates towards the speed of light and also around objects of great mass.

Time moves at the speed of light and energy and mass slow it down to form their own spacetime geometry. The greater the mass or energy of an object the slower time will run for that object therefore the greater the energy the shorter the time period.

Quantum entanglement can be explained if light has spherical symmetry and the polarization of a photon remains the same for the whole surface of the sphere. When the spherical waves come in contact with electrons on the surface of an atom it will form photons. Each photon will have a unique position in space and time that will be part of the time continuum.

Time is continuously formed by the emission and absorption of light (EMR) from one atom to another forming the broken symmetry and geometry of spacetime.

In this theory we have wave-particle duality because light is a wave moving through space and a particle when it comes in contact with an electron on the surface of an atom. It then forms a photon of quantized energy representing a moment in time. This will form a future wave-function of probability as part of the continuum of time forming the geometry or curvature of spacetime.

The equations of physics represent one geometrical process 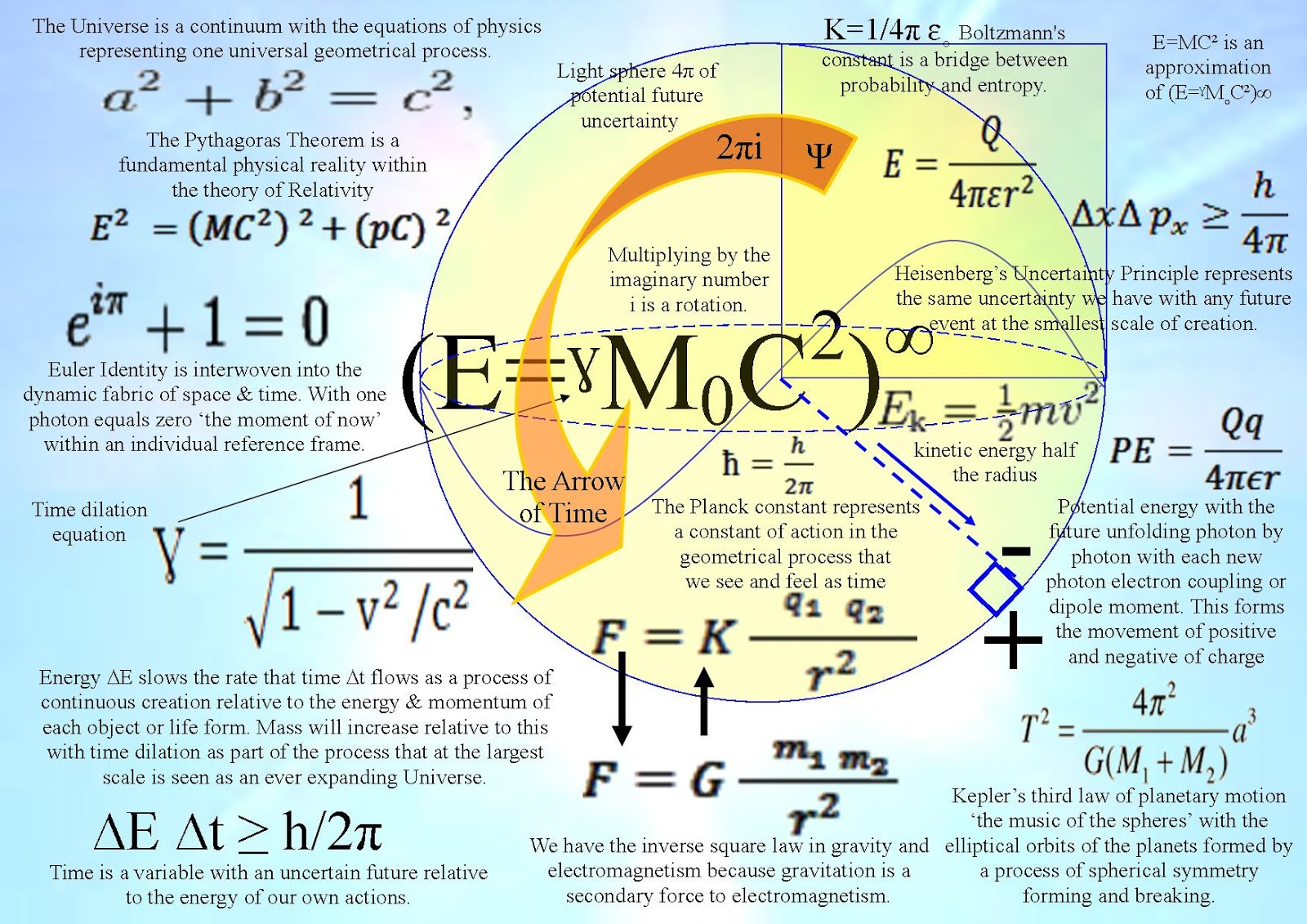 In this theory the parallel universes of Hugh Everett and the multiple dimension of String Theory are just individual reference frames within our one three dimensional Universe.

In the mathematics of Hugh Everett’s Many Worlds Interpretation of quantum mechanics each parallel universe is at right-angles to the other. In this theory this mathematics represents electric fields being at right-angles to magnetic fields. The continuous flow of electromagnetic radiating energy (light) is forming an infinity of changing reference frames at every degree and angle of spacetime.

Therefore we have a dynamic Universe of continuous change or creation that we can interact with turning the possible into the actual creating our own future!

We can manipulate this process creating electricity and modern electronics therefore moving large amounts of information over large areas in short time periods. 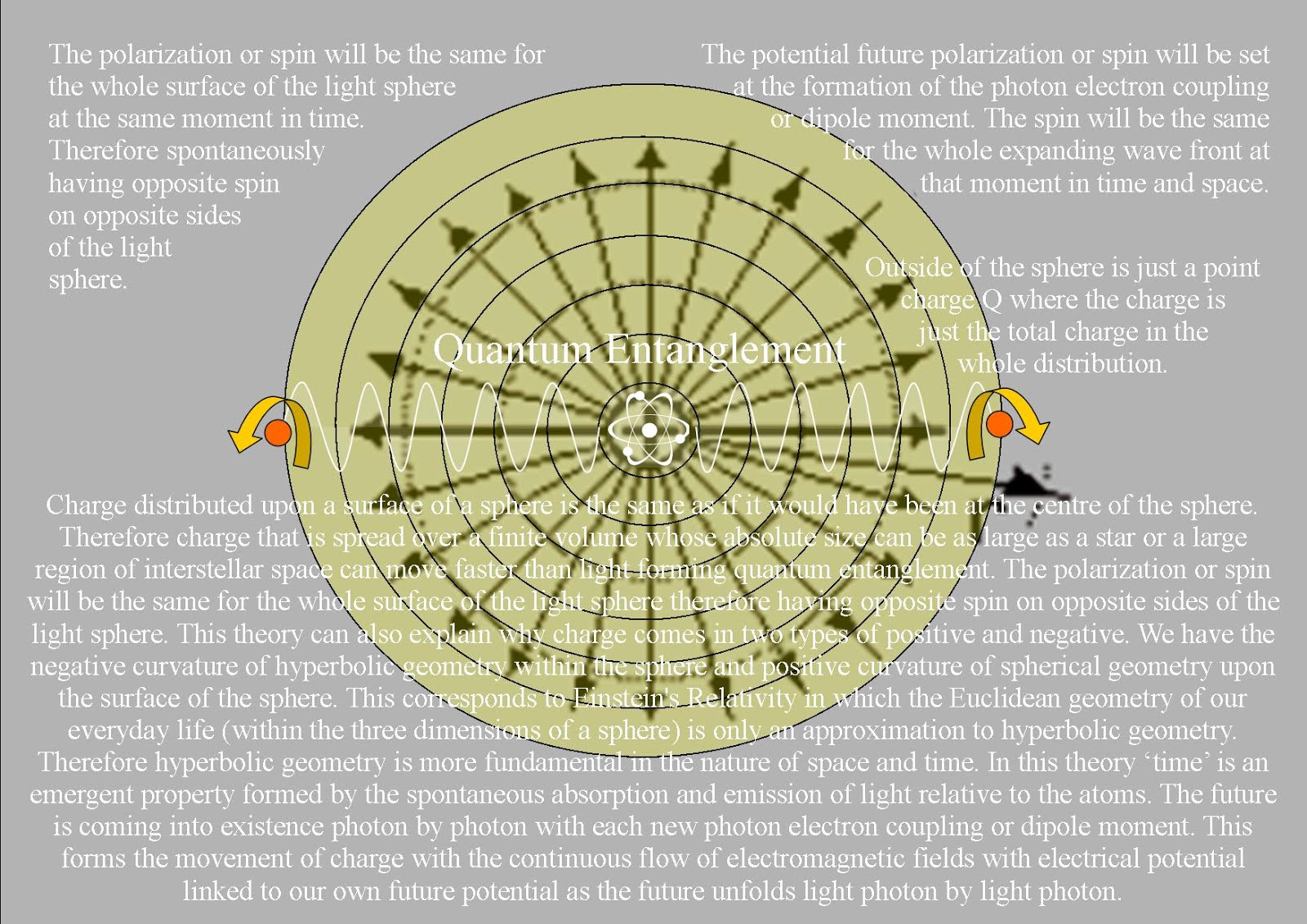 The polarization of the photons will be the same for the entire surface of the light sphere. The photon will have opposite spin on opposite sides of the light sphere however great the distance between them becomes. When the wave function collapses it will represent the same moment in time for the entire wave front. This is possible because light is a universal constant and is not relative to the observer or the source.

A link to my art and poetry site

A link to Quantum Atom Theory on You Tube

Q.A.T. is based on the work of the many but this is a list of the few.

An analogy for Time

The universe will not make sense until we can understand time. The best way to try to do this is to watch rain drops falling on the surface of water. Think of each droplet as an object surround by its own spacetime. Think of the surface of the water also as an object surround by its own spacetime. When the rain drops hit the surface of the water they create ripples. These ripples represent new space-times expanding in all direction. When they come in contact with other objects they will create new ripples (new space-times). Each droplet will see the arrow of time as one dimensional but in reality time will have geometry formed by the broken symmetry of the spherical waves continuously maintaining the fabric of spacetime.

Consciousness as the most advanced part of a universal process.

If we say the time continuum is formed by a universal process of energy exchange formed by light interacting with the atoms of the periodic table. In such a process ‘the moment of now’ is formed when light is absorbed and emitted this is relative to the object or life form. For you and me ‘the moment of now’ is continuously unfolding in the form of electrical activity (light) relative to the structure of the brain (atoms). Therefore we are always in the centre of our own reference frame seeing the process unfold being able to look back in time in all directions at the beauty of the stars. It is this personalization of the brain being in ‘the moment of now’ in the centre of its own frame of reference that gives us the concept of ‘mind’ with each one of us having our own unique personal view of the Universe.﻿

About my Art and Poetry

Welcome to the Art and Poetry of Nick Harvey.
I hope you enjoy
my paintings and rhyme.
I have linked my artwork of oil paintings and drawings to short childlike rhymes. Each oil painting or drawing has its own little poem.
I have tried to achieve a sense of truth and oneness in my paintings and writings, also some fun.
~
This is a non-profitable blog it was not planned that way it just happened.

No poems on this site are copyrighted you can copy in part or whole without my direct consent.